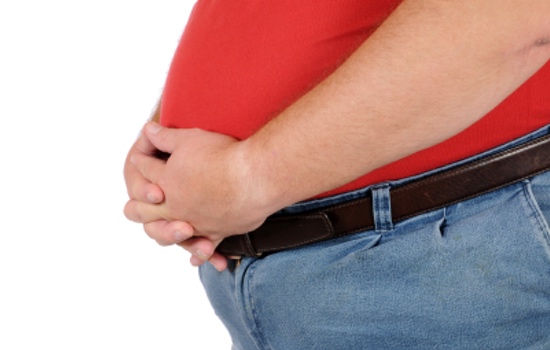 Sometimes It's Good to Be a Spendthrift

Beth Fontenot, MS, RD, LDN
Some metabolisms are thrifty — they slow down when calories are cut. This makes it hard to lose weight.

Losing weight is never easy, but for some, it's even harder. Eating fewer calories doesn't always result in weight loss, particularly for those who are obese.

Researchers at the National Institute of Diabetes and Digestive and Kidney Diseases (NIDDK) have found evidence that metabolic responses to cutting calories vary widely and do not always translate equally into weight loss for everyone.

Researchers measured and manipulated the number of calories 12 obese men and women consumed over the course of six weeks.

Weight loss is one situation where being thrifty doesn't pay.

Using a method of measuring energy expenditure based on air samples, called whole-room indirect calorimetry, researchers took baseline measurements of each participant’s calorie expenditure after a day of fasting. For the duration of the study, the researchers lowered the participants' caloric intake by half.
ADVERTISEMENT

Those people whose metabolisms had slowed down the most during the fast lost the least amount of weight. These individuals had what researchers called a “thrifty metabolism.” Those who lost the most weight had a “spendthrift” metabolism that continued to operate at full speed even after a lack of food.

“When people who are obese decrease the amount of food they eat, metabolic responses vary greatly, with a ‘thrifty’ metabolism possibly contributing to less weight lost,” said study author Susanne Votruba, in a statement.

“While behavioral factors such as adherence to diet affect weight loss to an extent, our study suggests we should consider a larger picture that includes individual physiology — and that weight loss is one situation where being thrifty doesn't pay.”

Experts have long suspected that a person’s fat metabolism impacts weight loss, but this is the first time researchers have found evidence of it in a lab setting. They aren’t sure whether the differences are due to factors a person is born with or whether the differences develop over time due to environmental factors such as stress or diet.

More research is needed to figure out whether a person’s individual response to calorie restriction can be used to prevent weight gain.

According to the study’s lead author, Martin Reinhardt of the Phoenix Epidemiology and Clinical Research Branch (PECRB), where the study took place, the results confirm the idea that some people who are obese may have to work harder to lose weight because their metabolism works differently.

But biology is not destiny. Reinhardt says a balanced diet combined with regular exercise over a long period of time is effective for weight loss — even for those with thrifty or sluggish metabolisms.

The incidence of obesity in children and teens has tripled, compared to a generation ago, according to the Centers for Disease Control and Prevention; and the chances of these kids and teens growing into obese adults are high. Currently, a third of American adults are obese. The growing numbers of obese children and adults are motivating researchers to learn why Americans keep gaining weight and then struggle to take it off.

“What we've learned from this study may one day enable a more personalized approach to help people who are obese achieve a healthy weight,” said Griffin P. Rodgers, director at NIDDK. The study is part of NIDDK's ongoing efforts to better understand obesity.

The study is published in Diabetes.