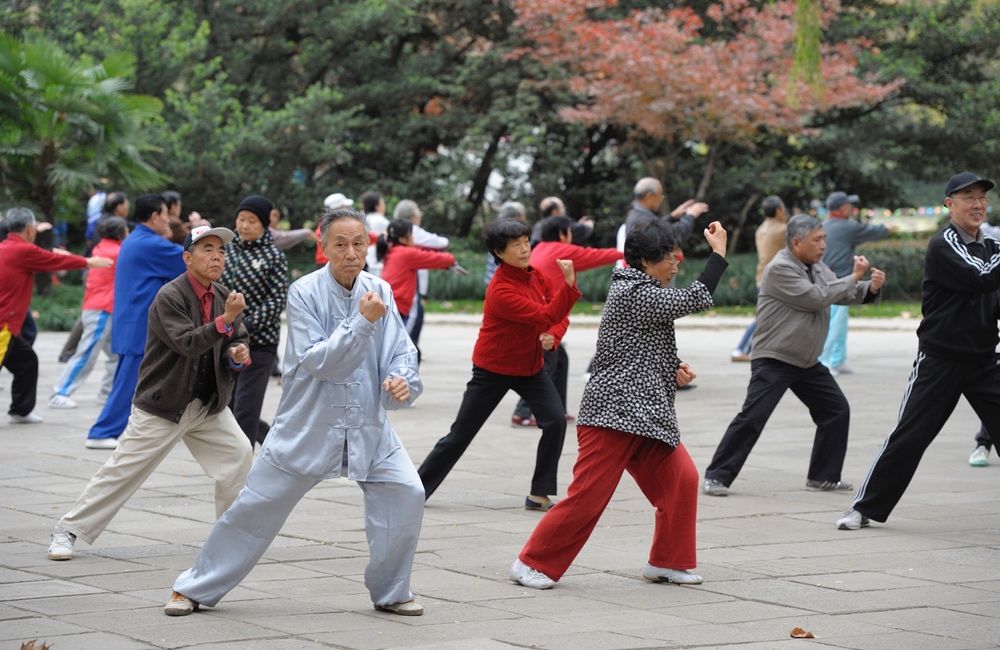 Neil Wagner
The fear of a fall can leave seniors housebound. But even those who have had a fall can recover balance with the help of this ancient art.

Most seniors worry about falling at one time or another, and this fear of falling can totally change a person's life. It can prevent them from doing the things they like to do, cause them to move around less and force seniors to spend more time at home.

Not only do worries about falling make life less enjoyable, it can also speed mental and physical decline since the more sedentary you are, the worse it is for your health.

Tai chi is an ancient Chinese tradition that is practiced today as a form of gentle exercise. It has sometimes been called meditation in motion.

A new study finds that tai chi can reduce the risk of falling in people who have already had problems with falls and help them develop better balance. Tai chi is an ancient Chinese tradition that is today practiced as a form of gentle exercise. It has sometimes been called meditation in motion and combines postures and gentle movements with mental focus, breathing and relaxation. It requires no special clothing and can be practiced while walking, standing or even sitting.
ADVERTISEMENT
Nearly 400 people in Taiwan who were 60 or older and had already been in a hospital's emergency department because of a fall participated in the study. Half received a more conventional physical therapy, leg-strengthening exercises, sometimes called lower extremity training or LET, which was conducted by a physical therapist in their homes once a week for six months. The hour-long sessions included stretching, muscle strengthening and balance training.

The other half received six months of hour-long tai chi classes, conducted once a week in their homes.

In addition to their weekly sessions, people were also asked to perform either LET or tai chi at home every day during the six-month study and during the entire year of follow-up. Participants kept diaries and recorded any falls that occurred.

ADVERTISEMENT
There are videos and books that offer to teach tai chi, but the study authors recommend enrolling in a tai chi class and practicing at home daily. If you are interested and can't find a class near you, the American Tai Chi and Quigong Association offers a nationwide listing of classes. The Taoist Tai Chi Society of the USA's website provides answers to many of the questions people have about tai chi.

The study appears in the Journal of the American Geriatrics Society and is freely available.