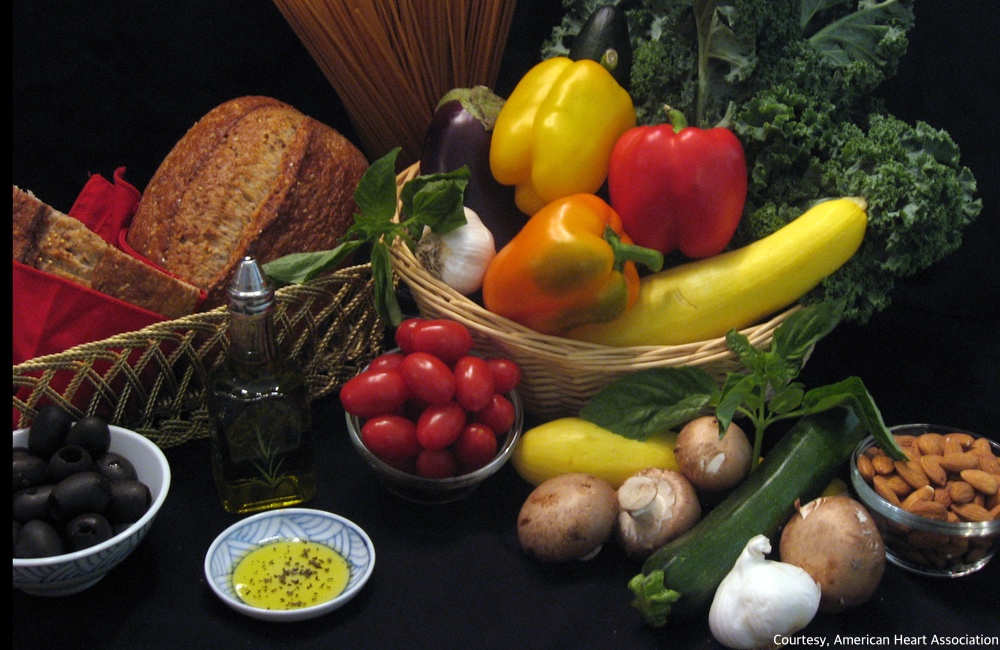 A Diet with Special Benefits for Women

Beth Fontenot, MS, RD, LDN
Men and women both enjoyed a reduced risk of stroke when they followed its basic outlines, but women got an extra boost.

The list of health benefits associated with eating a Mediterranean diet is long and getting longer. It appears to lower the risk of heart attack, stroke, metabolic syndrome, certain types of cancer and Alzheimer’s disease. A new study suggests it may also especially protect women over 40 from stroke.

The Mediterranean diet emphasizes plant-based foods — olive oil, lots of fruits, vegetables, whole grains and nuts — along with fish, healthy unsaturated fats and even a glass of red wine.

Everyone can benefit from eating the Mediterranean way, but when it comes to the risk of stroke, women seem to enjoy even greater protection.

To see if gender or risk for cardiovascular disease made a difference in the benefits of eating a Mediterranean diet, researchers at the Universities of East Anglia, Aberdeen and Cambridge in the United Kingdom studied the diets of over 23,000 white adults, aged 40 to 77, for 17 years.
ADVERTISEMENT
People in the study kept seven-day food diaries in which they wrote down everything they ate or drank. Food diaries are more accurate than food frequency questionnaires and were used to see how closely people followed the Mediterranean diet.

Those people whose eating habits most closely resembled the Mediterranean diet reduced their risk of stroke by 17 percent. When these results were broken down by gender, women had over three times the benefit men did — a 22 percent reduction in stroke risk as opposed to six percent in men.

It is not yet clear why the protective effects of the Mediterranean diet should be different for men and women, Ailsa A. Welch, the lead author of the study, said. But it opens the possibility that specific aspects of the diet could influence men differently from women. And, she explained, various sub-types of stroke may differ between men and women.

The Mediterranean diet is not a difficult diet to follow. It is similar to the dietary pattern recommended by the American Heart Association. Everyone can benefit from eating the Mediterranean way, but as this study suggests, women especially might want to cut back on red meat and dairy and increase the amount of plant foods, fish and olive oil they consume.