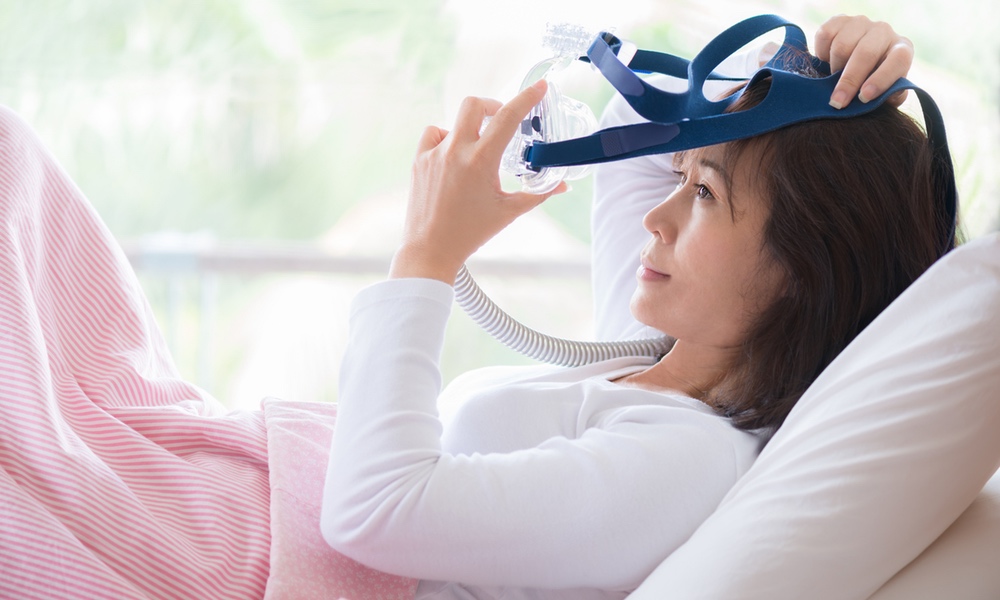 Leslie Carr
Sleep apnea can be successfully treated with a CPAP device, but few use it full-time. Dronabinol appears to address the underlying problem.

People with obstructive sleep apnea may soon be able to take a pill to help control their nighttime breathing problems. Sleep apnea is a breathing disorder in which breathing is interrupted during sleep. It raises the risk of heart disease, diabetes, cognitive impairments and motor vehicle accidents, as well as causing sleeplessness. The pill, containing a synthetic drug similar to marijuana, was found to be both safe and effective at reducing the number of apneas or hypopneas (extremely shallow breathing) during sleep in a study funded by the National Institutes of Health.

Roughly 30 million people in the in the United States are affected by sleep apnea. The pauses in a person's breathing can be dramatic and may last from a few seconds to minutes. They can occur 30 times or more an hour.

The pill, containing a synthetic drug similar to marijuana, was found to be both safe and effective at reducing the number of apneas or hypopneas during sleep.

At the moment people are usually treated using a CPAP — continuous positive airway pressure — device that delivers air to prevent collapse of the airway and breathing pauses. While CPAP is highly effective, some patients stop using it because it is difficult to use. Even people who stick with it use it for about four hours a night, on average. A pill would provide treatment all-night.
ADVERTISEMENT
Sleep apnea is not just a physical problem, however, and the CPAP only treats the symptoms of a disorder that appears to be the result of a number of factors, including problems with the brain's regulation of the upper airway muscles. As one of the lead authors of the study, Phyllis Zee, a professor of neurology at Northwestern University Feinberg School of Medicine and director of its Sleep Disorders Center, put it, “The CPAP device targets the physical problem but not the cause,” said Zee, in a statement. “The drug targets the brain and nerves that regulate the upper airway muscles. It alters the neurotransmitters from the brain that communicate with the muscles.”

The study, by researchers at the University of Illinois at Chicago and Northwestern University, was a randomized, controlled Phase 2 trial of dronabinol, a synthetic version of a molecule, Delta-9 THC (tetrahydrocannabinol), in marijuana. Dronabinol was approved more than 25 years ago to treat nausea in chemotherapy patients. Seventy-three people with moderate to severe sleep apnea participated in the study. They were divided into three groups: one group received a low dose of the drug; another received a higher dose; and the third group, the control, received a placebo.

Participants took the drug once a day before bedtime for six weeks.

Those who took the highest dose of dronabinol (10 milligrams) had a lower frequency of apneas or hypopneas during sleep. They said they felt more rested and reported more treatment satisfaction compared to the placebo group. The severity of their disorder was reduced by 33 percent, compared to complete compliance with the CPAP treatment, something few sleep apnea patients manage.

Dronabinol is not a component of marijuana, and smoking or ingesting marijuana will not produce the same effect. “Different types of cannabis have different ingredients,” said Zee. “The active ingredient may not be exactly the same as what's indicated for sleep apnea.”

ADVERTISEMENT
Larger scale clinical trials are still needed to determine how cannabinoid therapy can best be used in obstructive sleep apnea. The final version of the paper is to be published December 5 in the journal SLEEP.
ADVERTISEMENT