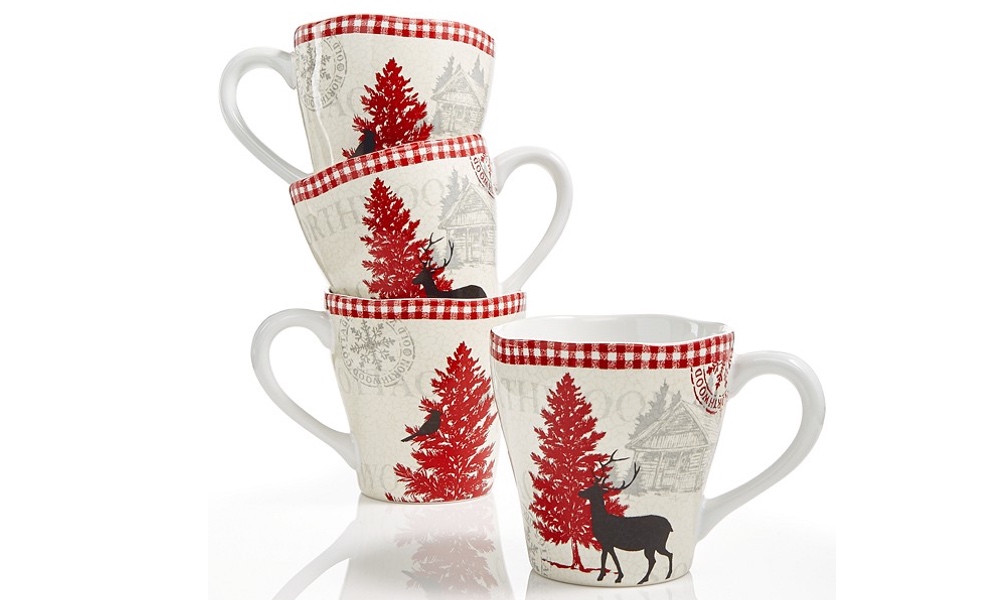 Neil Wagner
Decorative mugs and glassware can contain dangerous levels of two chemicals. What matters is where the paint is.

As you bring out your holiday glassware, take a look at how it is decorated. The lead and cadmium in the paint used to decorate glasses can leach into acidic beverages such as soda.

ADVERTISEMENT
The amount of lead extracted would have a lead level well above the EPA's action level for lead in drinking water.

Artwork on the outside of glasses can't go through the glass into what you're drinking, but artwork near the top will come in contact with your lips and with whatever you are drinking.

Researchers took a closer look at the area near the rim of 14 different glasses. They treated the outer top 20 millimeters (less than an inch) of the glass with four percent acetic acid, roughly the acidity of vinegar. In what they describe as a standard extraction, these glasses were tested to see how much lead and cadmium would leach out. Troubling amounts of lead and cadmium were extracted.

The amount of lead extracted from all but one of the glasses, even if dissolved in a full glass of liquid, would result in a lead level well above the EPA's action level for lead in drinking water (15 parts per billion). Above 15 parts per billion federal law requires a water system to take prompt steps to notify the public and reduce lead levels.

The researchers repeated this experiment on five of the glasses using soda. Less lead was dissolved than when using acetic acid, but levels exceeded compliant levels for lead in all cases.

The study did not directly test how much lead and cadmium people might be ingesting by drinking from such glasses, so there's not yet enough information to know if any decorative glasses you own are dangerous to drink from. What the study does show is that there is a possibility for harm.

ADVERTISEMENT
The Centers for Disease Control and Prevention (CDC) points out that there is no known safe lead level for children. That alone might make people want to use their decorative glasses just for show and drink from something a bit plainer. Lead and cadmium come from the paints, glazes and fluxes used to decorate some glasses. Many manufacturers have switched to organic inks. Glasses with organic inks that were tested in this study had no detectable lead or calcium.

The authors wonder why glasses are still being made with lead and cadmium when safer alternatives exist. Most glasses eventually break, and broken glass that contains lead and cadmium are nothing more than toxic waste.

The study appears in Science of The Total Environment.