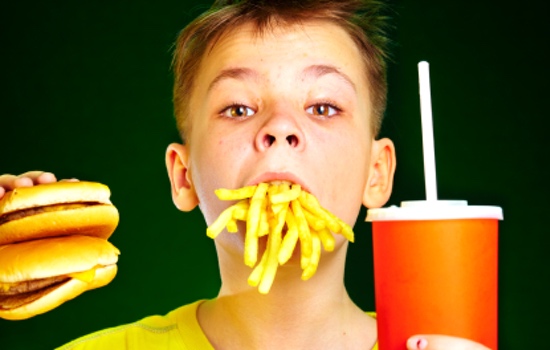 Beth Fontenot, MS, RD, LDN
You might think junk food is a pretty good business model, but when menus get healthier, so does the bottom line.

A restaurant removes soda and fries from the kids’ menu and includes healthier menu items. Is this a recipe for financial disaster or a formula for higher revenue?

Cutting back on these popular, but high-calorie and high-fat, foods didn’t hurt the restaurant’s revenue, researchers found. It may have even helped it grow. Even more importantly, kids ate healthier.

This is the first study to compare what kids’ ordered with a restaurant’s revenue after it made changes to its menu. A group from Tufts University Friedman School conducted the study with the Silver Diner, a full-service family restaurant chain, before and after it modified the kids’ menu to make healthy items easier to choose.

ADVERTISEMENT
Though they were still available as substitutions when requested, fries and sugary beverages were no longer listed on the kids’ menu.

Before the diner changed its menu, only three percent of the kids’ meals ordered were considered healthy. After the menu was changed, 46 percent of the kids’ entrees ordered were healthier kids’ meal items, and the proportion of kids’ meals that included at least one healthy item increased by 44 percent. The restaurant’s revenue continued to grow and even exceeded that of other family dining chains over the same period of time.

There were three main changes made to the kids’ menu: Over a third more kids meals were offered that met the Kids LiveWell program. Healthy side dishes like strawberries, mixed vegetables, or side salads were automatically included in all kids’ meals. Less healthy foods were removed from the menu entirely. Though they were still available as substitutions when requested, fries and sugary beverages were no longer listed on the kids’ menu.

“Our study showed that healthier children's menu options were ordered a lot more often when those options were more prevalent and prominent on kids' menus, highlighting the promise of efforts to shift the status quo and make healthier options the new norm,” said Stephanie Anzman-Frasca, lead author of the study in a statement.

“Given how frequently kids go to restaurants, and evidence that this can be linked with consuming excess calories, offering and promoting healthier menu options could play a role in reversing the childhood obesity epidemic.”

Hopefully, this study will encourage more restaurant chains to reconsider what they offer on their kids’ menu and realize that they can make a difference in the foods children choose when eating out.