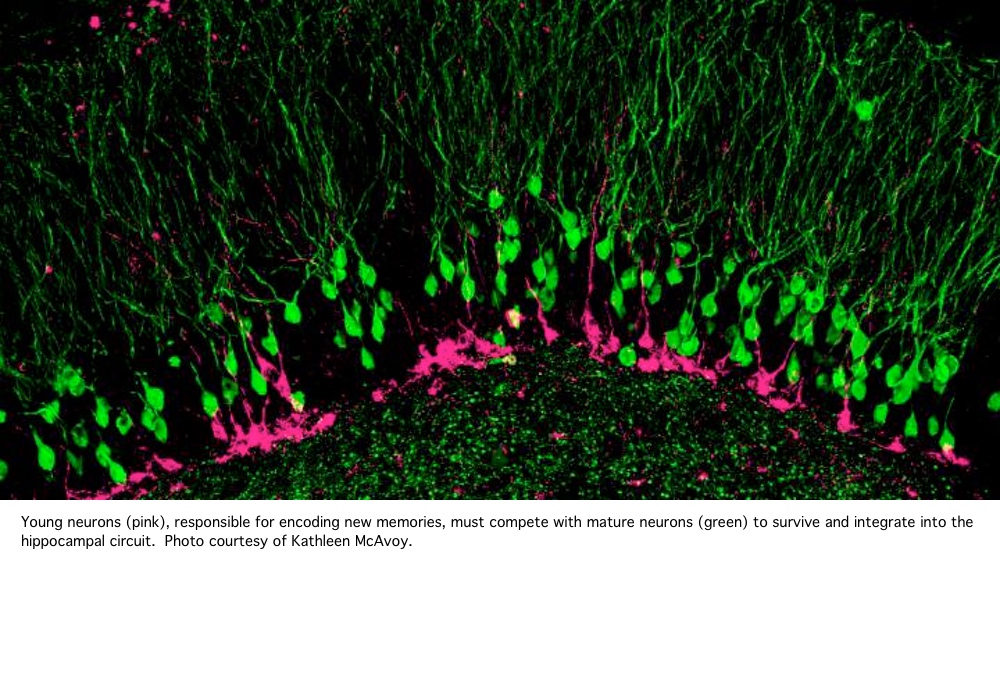 Memory is the one thing that most people want to hang on to as they age, and it’s unfortunately one of the most common things to go. A new study offers hope for keeping memories sharper — by tweaking the cells in the memory-governing area of the brain. The research is preliminary and a treatment wouldn’t come of it for some time, but the study suggests how we may be able to eventually enhance the formation of new memory-related brain cells.

In recent years researchers have learned that the brain can form new neurons. At least this is true for one area — the hippocampus, a region that scientists believe is the seat of learning and memory. So the authors of the new study focused their attention on this particular region in the brains of mice.

Mice who had formed more new neurons had less overlap between sections of the hippocampus, which translates to more precise memories.

“The hippocampus allows us to form new memories of ‘what, when and where’ that help us navigate our lives,” said study author, Amar Sahay, in a statement, “and neurogenesis — the generation of new neurons from stem cells — is critical for keeping similar memories separate.”
ADVERTISEMENT
As we age, new neurons have a harder time integrating with the old neurons (see image above). So fewer new ones are produced, which means that the brain has to rely on its old networks and may have a harder time distinguishing between memories that are similar. So the team decided to see if they could prime the old neurons to make way for new ones.

They stimulated the brain cells of mice to over-produce a particular compound that caused them to prune back their connections to other cells. What followed was just what the researchers were after: Twice the number of neurons were able to enter the old network, and more stem cells were formed (cells that give rise to new neurons). And when the team dialed down the compound, the old cell’s connections grew larger again — but, interestingly, the new cells remained in the network.

The team also found that the mice who had formed more new neurons had less overlap between sections of the hippocampus, which translates to more precise memories. Overlapping areas may mean that memories are blurrier, or that one memory might be mistaken for another. The memories of aging experimental mice were sharper when neurogenesis was enhanced and there was less overlap between sections. “We believe that by increasing the hippocampus’s ability to do what it supposed to do and not retrieve past experiences when it shouldn’t can help,” Sahay said.

And of course the thought is that this may one day be applicable to humans, who share much of the same memory circuitry with mice. “Because we can do this reversibly, at any point in the [animal’s] life we can rejuvenate the hippocampus with extra, new, encoding units,” said Sahay. It may sound like science fiction at this point, but as more work in this area builds upon itself, it may well become a reality.

The study was conducted by teams at several institutions including Massachusetts General Hospital and the Broad Institute of MIT and Harvard University, and published in the journal Neuron.