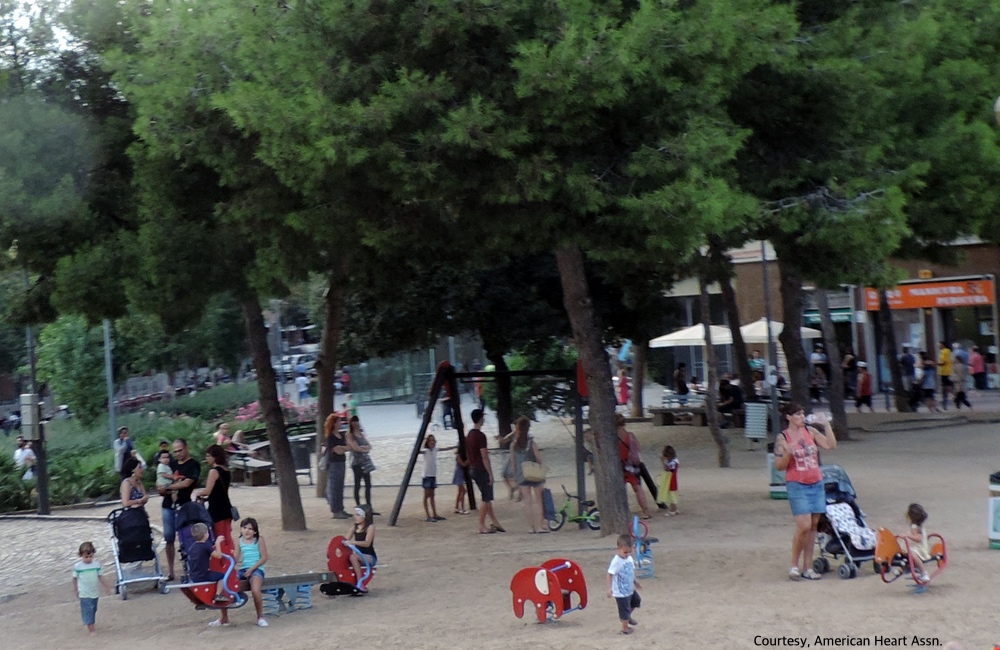 Neil Wagner
Most of us think of heart disease as an adult problem, but the arteries of kids tell a different story.

Most people think of heart disease as a disease of old and middle age, but it actually begins to develop in childhood.

Children who exercised the least showed greater stiffening of their arteries at the end of three years, according to a study looking at the early progress of heart disease in more than 400 preschoolers. The same kids also performed more poorly on a treadmill test and their hearts recovered more slowly after exercising.

Children need to get out and play — and get out of breath.

While any physical activity had beneficial effects on the children's hearts, more intense physical activity was best. “Children benefit the most from energetic play, which means getting out of breath by playing games such as tag. And the more, the better,” said Brian Timmons, an associate professor in the Department of Pediatrics at McMaster University and the Canada Research Chair in Child Health & Exercise Medicine, who supervised the research.
ADVERTISEMENT
Kids' activity doesn't all have to happen at the same time, Timmons stresses. Children should be active throughout the day.

Three- to 5-year-olds were given annual assessments for three years. Their cardiovascular fitness was calculated by measuring how long they could last on a treadmill test and how fast their heart rates recovered afterward. The children wore accelerometers around their waists for one week each year to gather an estimate of how much exercise they were getting. Arterial stiffness was also measured.

“ …Arteries begin to stiffen when we are very young. It's important to start any kind of preventative measures early. We need to ensure small children have many opportunities to be active to keep their hearts and blood vessels as healthy as possible,” said lead author, Nicole Proudfoot, a research coordinator in the Child Health & Exercise Medicine Program at McMaster University.

It's a call to both educators and parents: children need to get out and play.

There has been little investigation into the effects of physical activity on children this young, but there is no reason why kids shouldn't be as affected by sedentary behavior as any other age group. The researchers are planning longer studies to see if the benefits of physical activity at an early age extend into later childhood and adulthood.