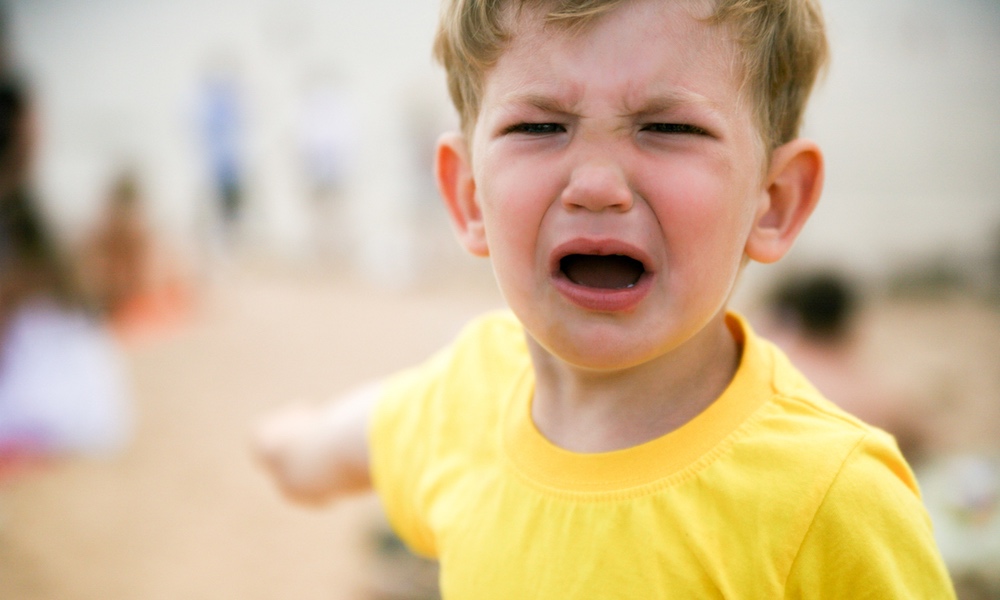 Tantrums: Have a Plan

Alice G. Walton
Meltdowns are hard to bear. Have a game plan for keeping it together to help your child and keep you sane.

Any parent who’s dealt with a toddler's meltdown in the middle of a grocery store knows that when kids act out, it’s stressful. You want to be supportive, but when your fuse is short, it’s easy to snap back at your child. It can be a vicious cycle — the intensity of your kid's emotions can fray your nerves and make your temper short. Then your anger and impatience can affect your child, rendering you even less able to deal with bad behavior.

Just being aware of the connections may be the first step in helping you change the dynamic. A new study sheds some light on how children’s behavior affects parents, which in turn affects kids.

Practicing supportive parenting, even when you’re tempted to do the opposite, is the best way to help your child deal with his or her own difficult emotions.

The researchers brought 125 toddlers and their mothers into the lab. For each pair, a snack in a clear container was left out on the table where the parents would be filling out five minutes’ worth of paperwork. The task for the child was to wait those five minutes, until their parents were done with the paperwork, to get the snack. In 15-second intervals, the researchers logged the types of behaviors they were seeing in the parent and in the child.

Parents used a variety of methods when their kids grabbed the snacks or otherwise tried to get their attention. Researchers recorded both positive responses, like acknowledging the child’s feelings (validating), distracting them and trying to offer reasons why they should wait; and negative methods such as moving the snack away, physically moving the child and ignoring the child.

ADVERTISEMENT
When Your Own Stress Gets in the Way

There were some interesting patterns in the interactions between mothers and their children. The more distress mothers reported feeling, the fewer supportive behaviors they showed their kids in the next 15-second interval. “There [was] a time lag between the child's behavior and the mom's response,” study author, Niyantri Ravindran, said in a news release.

It’s because of this time-lag, the researchers say, that that they can make the assumption that the one behavior (a mother feeling stressed) was predictive of the other (showing fewer supportive behaviors to the child). If they had coincided in one 15-second interval, it wouldn’t have been so clear.

So what does the study tell us about how to deal with our own stress so that we don't make things worse when our child is behaving badly? Start by being aware of your own feelings in the moment and acknowledging them, however briefly, before you react. It's in your own best interest. Practicing supportive parenting, even when you’re tempted to do the opposite, is the best way to help your child deal with his or her own difficult emotions.

ADVERTISEMENT
What Works...What Doesn't
“By maternal support, we mean behaviors like validating the child's experience, as well as comforting the child and providing reasons for parental requests,” says Ravindran. This can mean, depending on the situation, distracting the child away from whatever is causing frustration or distress; and making sure your child feels you understand how he or she is feeling, telling him or her, “I know it's hard to wait,” or, “I know it's hard to leave, but we're both tired. Let's think of something fun we can do when we get home.”

For better or for worse, kids learn how to deal with their own emotions from watching us. And the better we navigate our own emotions, the better off they’ll be in the long run.

The goal is to help your child deal with their feelings, even if that means they remain unhappy with you. “Many studies have already shown that maternal support is really helpful for children,” says Ravindran. “In contrast, research also suggests that ignoring the child's behavior, threatening or punishing the child, or telling the child that he is overreacting may prevent children from learning to effectively manage their emotions.”

You don’t have to be perfect — it’s a process. But being aware of the way your reactions can feed your child's and trying to change your own behavior little by little is the key.

The study was carried out by a team at the University of Illinois, Urbana, and published in Developmental Psychology.