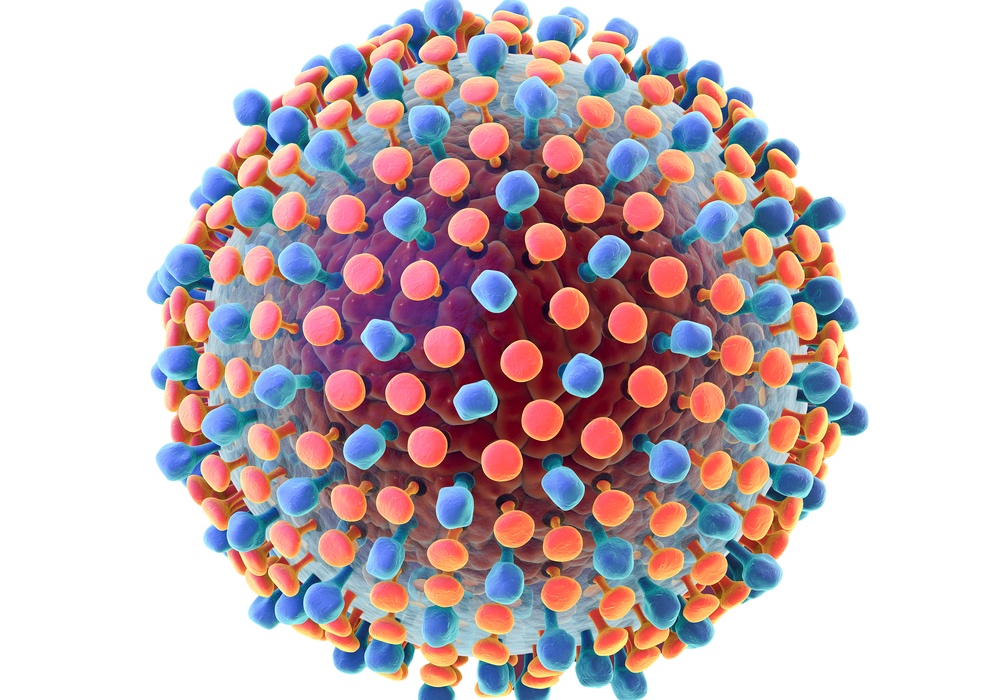 Esther Entin, M.D.
Baby boomers are supposed to have a one-time screening for hep C. So why aren't they getting it?

Hepatitis C virus (HCV) is the most common chronic bloodborne pathogen in the United States. However, an at-risk population of U.S. adults — baby boomers — is failing to follow CDC guidelines for screening for the hepatitis C virus, according a new study by the American Cancer Society.

A person may have the virus in his or her system for over two decades without developing symptoms.

The U.S. Preventive Service Task Force added baby boomers to its recommendations for who should get screened for hepatitis C in 2013 when it became clear that 80 percent of the people chronically infected with HCV in the U.S. were in the boomer age group: those born between 1947 and 1965. Now, four years after these recommendations were issued, most adults covered by these recommendations still have not been screened for hepatitis C, a disease that often has few, if any, symptoms.
A Virus That Destroys the Liver
ADVERTISEMENT
Hepatitis C is a disease of the liver. It results from infection with the hepatitis C virus. About a quarter of people who become acutely infected are able to clear the virus from their body with no treatment; the rest carry it for years. People can have a brief, acute, bout of hep C infection early in life and then go on to develop a chronic, liver-damaging form of the disease decades later. About 80 percent of the people with HCV fall into this category.

Chronic hepatitis C virus can be asymptomatic for a long period of time and still ultimately result in inflammation, cirrhosis and cancer of the liver.

Even though chronic hepatitis C virus can be asymptomatic, it often ultimately results in inflammation, cirrhosis and cancer of the liver. If the liver is destroyed by the virus, a transplant is necessary. Hepatitis C-related liver disease is the most common reason for liver transplantation in the United States, accounting for almost one-third of cases.

There are vaccines for two other forms of viral hepatitis, A and B, but there is currently no vaccine to prevent hepatitis C. There are, however, effective medications to treat it. Hepatitis C is diagnosed by blood tests. If the blood tests are positive, additional tests such as imaging studies and/or liver biopsies may be indicated to determine the severity of the infection.

HCV is spread when blood from a viral carrier enters a non-infected person. A patient does not have to have symptoms of hepatitis in order to transmit the disease to others. Before 1992, hepatitis C could be spread by organ transplants and blood transfusions. This risk decreased when widespread screening of the blood supply was implemented in the U.S.

ADVERTISEMENT
Who Is — and Isn't — at Risk
Hepatitis C virus is not spread by sharing eating utensils, breastfeeding, hugging, kissing, holding hands, coughing or sneezing. It is also not spread through food, water or insect bites.

People who are at increased risk for hepatitis C include:

A patient does not have to have symptoms of hepatitis in order to transmit the disease to others.

Even though many people with hepatitis C do not have symptoms, some symptoms which can occur from 2 to 6 months after infection include fever, fatigue, loss of appetite, nausea, vomiting, abdominal pain, dark urine, clay-colored bowel movements, joint pain and jaundice.

Past or current drug use remains the most important risk factor for HCV infection. Those having certain medical conditions involving exposure to the blood supply are also at-risk: including people who received blood prior to July 1992 or clotting factor concentrates produced before 1987; those who were ever on long-term hemodialysis with persistently abnormal alanine aminotransferase levels (ALT); or those who received transfusions or organ transplants from a donor who later tested positive for HCV infection.

Why Boomers Should Get Screened
This American Cancer Society study was designed to get a better picture of the degree to which the 2013 recommendations were being followed. The researchers surveyed almost 24,000 baby boomers and asked whether they had received HCV testing.

The results were disappointing. Although there was a slight increase in the testing from 12.3 percent in 2013 to 13.8 percent in 2015, only 10.5 million of the 76.2 million baby boomers estimated in 2015 reported ever receiving the testing. Testing was more likely to have been done if the adults had military insurance, had Medicare or Medicaid. It was higher in men and lower in those individuals with lower educational level.

There is currently no vaccine to prevent hepatitis C. There are, however, effective medications to treat HCV infection.

There are several reasons for this poor response, the authors suggest. In addition to the lack of symptoms of HCV in most people even when infected, as discussed earlier, there is also a lack of awareness of the need for screening, poor access to care, a lack of insurance coverage for the test, poor provider awareness of guidelines and ignorance of available treatments. The authors call for greater adherence to the recommendation to improve personal and public health.

Why should you know your hepatitis C status? A desire to protect others from exposure to one's blood is one reason. Knowing your hep C status is also important if you hope to donate blood or make an organ donation.

There is no reason to live with the worry of possible HCV infection. There are currently several effective treatments for hepatitis C using medications which lower or eliminate the presence of the virus in the body and decrease the risk of developing. chronic liver disease, liver cancer or the need for transplantation. Baby boomers who have not yet been tested should discuss getting screened with their health care providers.

RELATED STORIES
Your Viral History In A Drop of Blood
Coffee Drinkers At Lower Risk For Cancer
Yoga, For Body And Brain
LATEST NEWS