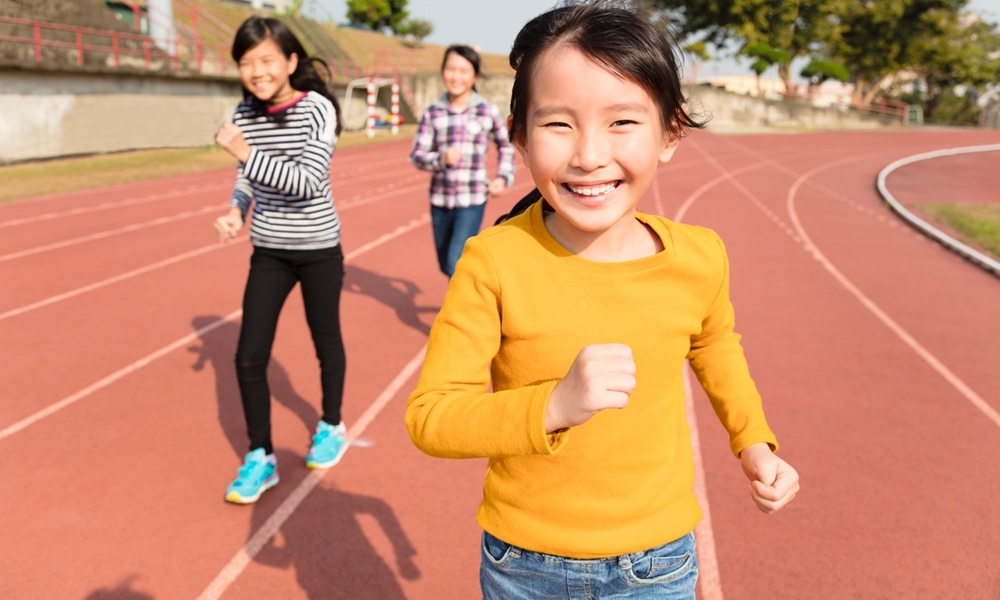 Neil Wagner
When kids walk, jog or run a mile a day, good things happen to their stamina, attention and weight.

The Daily Mile was first introduced at a Scottish grade school in 2012. The program has since spread to nearly half of all primary schools in Scotland and to other countries, including the U.S. The program is simple: Children go outside for 15 minutes during the school day and walk, run or jog at their own pace, typically doing laps on a playground or track. It breaks up the long stretch of continuous sitting that is part of the normal school day; and unlike gym class, there's no need to change clothes.

More physical activity and less sitting sounds like just what schoolchildren need, yet there hasn't been any study of its effectiveness — until now.

All the results suggest an improvement in child fitness in schools where the program was introduced.

In a pilot study, researchers at the University of Stirling and two other Scottish universities compared children at two Scottish primary schools, one that had just implemented the Daily Mile and another that had not. They measured four aspects of fitness, both before introduction of the program and three months afterwards. All the results suggest a modest improvement in child fitness in schools where the program was introduced.
ADVERTISEMENT
When children in the Daily Mile schools were given the shuttle test, also known as the beep or bleep test, they covered an average of 39 meters more than students not in the program. In the test a child runs back and forth between two lines drawn 20 meters, about 65.5 feet, apart, starting to run every time a bleep or horn sounds, and stopping when they reach the line. The pace gradually increases as the time between bleeps shortens, until the child can no longer reach the line before the next bleep sounds. How long they can keep pace is a measure of their cardiovascular fitness.

Children in Daily Mile schools spent over nine minutes more each day doing moderate to vigorous physical activity and about 18 fewer minutes sitting after the program was introduced, according to their fitness trackers. These may sound like small increases, but just as people gain weight in small steps, a pound or two at a time, they can become fitter the same way.

Finally, skinfold (caliper) measurements indicated a decrease in body fat after the program was introduced.

This was only a small pilot study of the Daily Mile's effectiveness. The program is currently in place at over 3,000 schools worldwide, including Montgomery County, North Carolina, larger and more detailed studies will likely follow.

You can read more about the program at The Daily Mile website. The study is published in BMC Medicine, an open access journal.

RELATED STORIES
What They Don't Tell You About Activity Trackers
A Lesson In After-School Obesity
Get Going, Get Smarter
LATEST NEWS