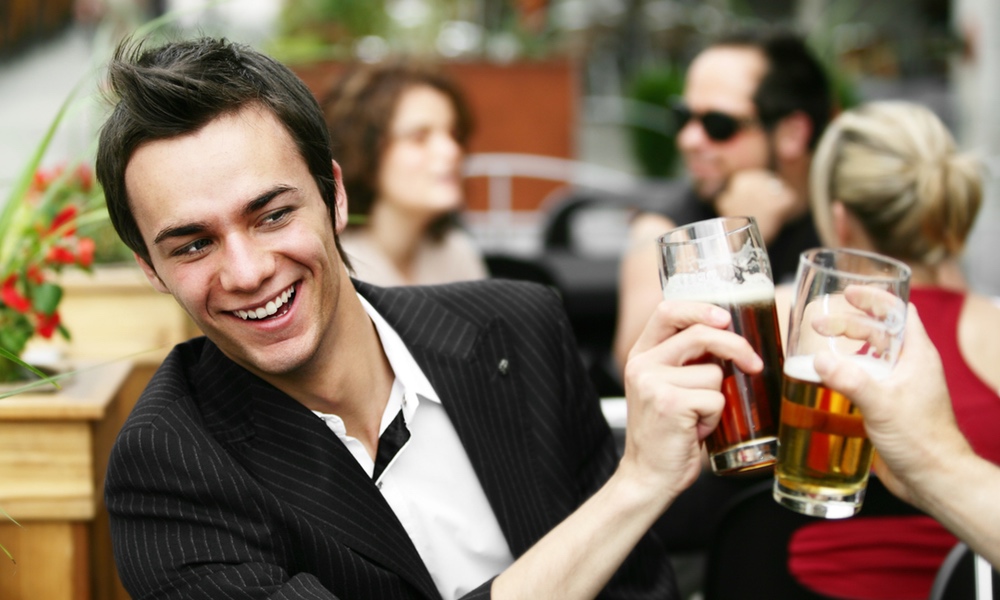 Extraverts are often the lives of the party. Not only do they seem to gain energy by being around other people, they look like they’re having more fun than the introverts, who tend to be more hesitant, gravitating toward the edges of the action.

There might actually be something to this: A new study finds that when people are instructed to act more extraverted, they seem to be happier for it.

People didn’t report any real discomfort or other negative experiences associated with acting more extraverted, which suggests it may be a relatively simple and painless thing to do.

“The findings suggest that changing one's social behavior is a realizable goal for many people, and that behaving in an extraverted way improves well-being,” said happiness researcher, Sonja Lyubomirsky, in a statement. This is in line with earlier research that has found that when people are asked to strike up a conversation with a stranger on the train every day, they were happier than those instructed to be quiet.
ADVERTISEMENT
Lyubomirsky, a professor at the University of California, Riverside, and her team wondered if telling people to be more outgoing in less specific terms might have a similar effect. They split college students into two groups: One was instructed to be more “talkative,” “assertive,” and “spontaneous,” while the other half was told to be more “deliberate,” “quiet,” and “reserved” These descriptions were used so as not to bias the participants, since the words “extraverted” (often spelled “extroverted”) and “introverted” could have different connotations.
Coaxing Introverts Out of Their Shells

The participants were asked to write out things they might do to support their new behavior, whether they were directed to act like introverts or extraverts. For instance, “When my friends are discussing something important to me, I will [will not] express my opinion.” After a week, they switched to the other group, so that those first instructed to act extraverted were next instructed to act introverted, and vice versa.

Striking up a conversation with someone on the bus, on line at the grocery store or wherever you can make it happen may give you a measurable shot of happiness.

Participants reported greater well-being after their week of extraversion, and reduced well-being after they acted more introverted.
ADVERTISEMENT
They also didn’t note any real discomfort or other negative experiences associated with acting more extraverted, which suggests it may be a relatively simple and painless thing to do. “[The study] showed that a manipulation to increase extraverted behavior substantially improved well-being,” Lyubomirsky said. “Manipulating personality-relevant behavior over as long as a week may be easier than previously thought, and the effects can be surprisingly powerful.”

The long-term effects of the interventions aren’t known. It will be necessary to follow people for some time to see if any unwanted effects popped up. Additionally, the study involved college students, who may be more impressionable than older adults. It also didn’t look into how the interventions interact with people’s natural inclinations. This could also be important to understand.

The switch to extraverted behavior appears to be relatively simple, and effective, the researchers say: “Even if extraversion is a fairly stable trait, our experiment adds to a growing body of literature suggesting, first, that extraverted behavior can be manipulated and, second, that such manipulations can produce considerable positive outcomes.”

There is nothing wrong with being an introvert, but if you’re feeling isolated, this study and others offer evidence that getting “out there” has very real benefits on mood and well-being. Striking up a conversation with someone on the subway, on line at the grocery store or wherever you can make it happen may give you a measurable shot of happiness.

The study is published in the Journal of Experimental Psychology: General.